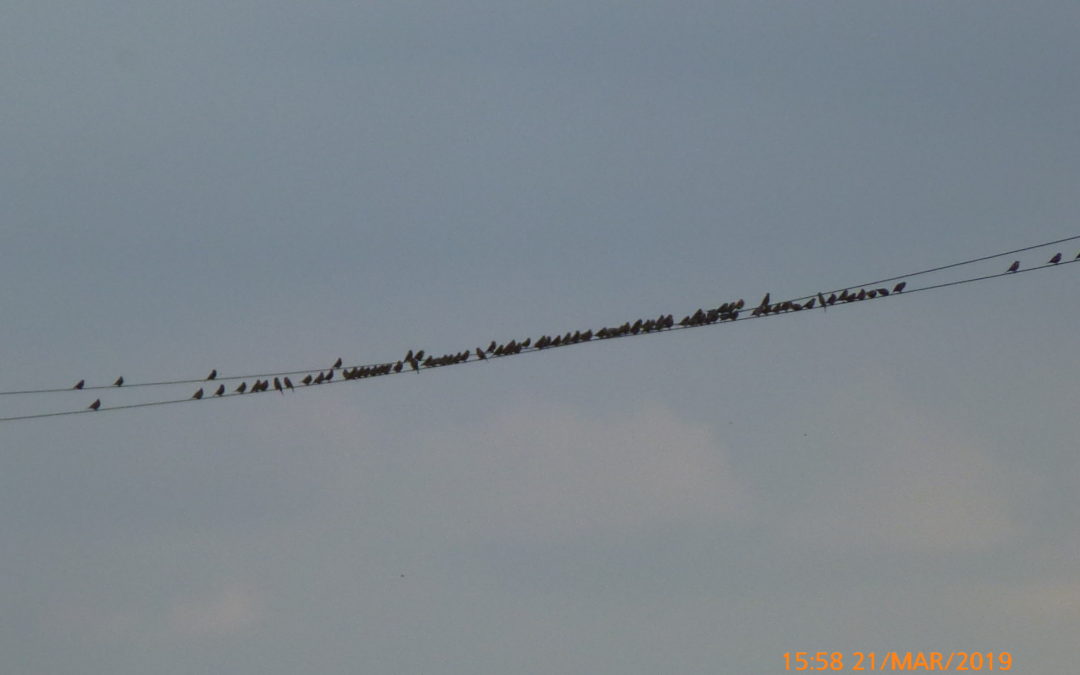 A group of conservation-minded farmers in the fens have been working together for the last 3 years on a landscape-scale to improve the wildlife habitats on their farm. They are part of the Wissey Facilitation Fund group, a farmer-led project in the lower Wissey, close to Downham Market which covers 4,500ha of productive agricultural land. The group is funded by Natural England which pays for a facilitator and further funding for training and events. Charlie Ennals from Norfolk Farming and Wildlife Advisory Group (Norfolk FWAG) facilitates the group of 12 mostly cereal and vegetable producers. Training events held in the last couple of years include wetland management, managing ditches for water voles, predator control and sessions on specific farmland birds such as nightingales, tree sparrows and corn buntings.

Corn bunting are a red list species and its population has been in decline in recent years. Members of the Wissey Group recently attended a corn bunting training event hosted by the group’s chairman, Joe Martin at his farm near Downham Market. Corn bunting have been found to nest around 24m into a cereal crop where it is particularly thick due to the headland overlapping with the rest of the field. Being this close to the edge of the crop leaves them open to predation from foxes so often broods do not survive. Members of the Wissey group are now providing thick areas in the crop by double-drilling sections between 50 and 250m into the crop and away from tramlines to provide safe spaces to nest. Corn buntings will only venture 250m from the nest to feed so the farmers are also providing weedy areas and pollen and nectar plots close by as feeding areas. The group are in the first year of this new conservation measure, the plots were drilled in the autumn ready for breeding season this spring.

The facilitation fund fosters cooperation in a geographical area where previously neighbours may not have had so much contact, particularly regarding conservation work. Regularly holding training events maintains the conversation and ensures the whole group are working towards the same aims. The group will continue to provide more space for wildlife on their farms on a landscape scale.
If you have any questions about the Wissey Facilitation Fund group, would like to join the Wissey group or are interested in setting up a new Facilitation Fund group please contact Charlie on 01603 881946 or email advice@norfolkfwag.co.uk.