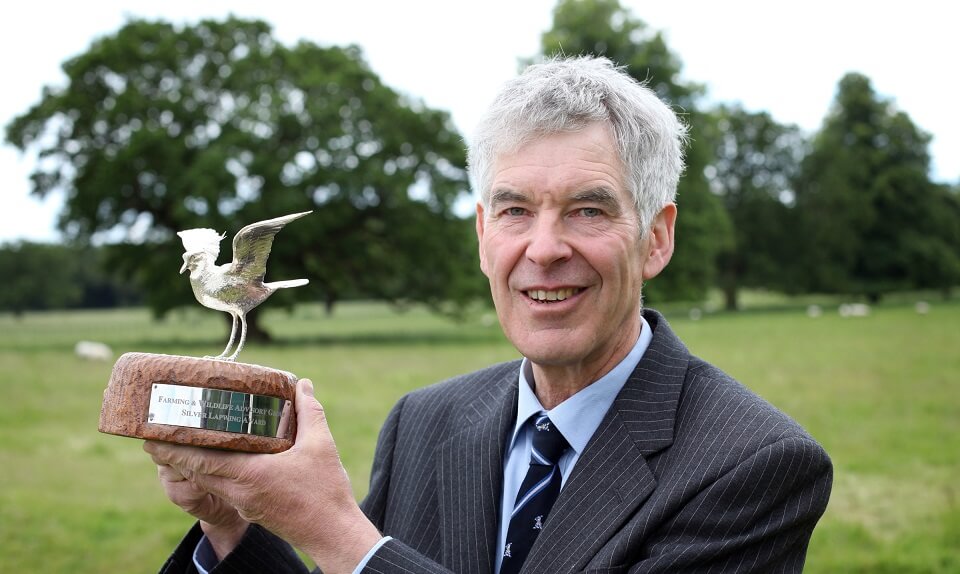 An Essex farmer has won the FWAG Silver Lapwing Award in recognition of extensive efforts to protect and enhance the countryside.

Ashley Cooper, of H P Cooper (Farms) Ltd, Hill Farm, Gestingthorpe in Essex was chosen from a national shortlist of four farms at an awards event held at the Raveningham Estate in Norfolk on 5th June.

The winning farm consists of 280ha of land, predominantly arable cropping including winter wheat, barley, beans and oilseed rape. Ashley ensures the business is passionate about integrating the design and delivery of practical conservation on the farm, producing high quality crops alongside the protection and enhancement of habitats and species on the farm.

Jo Martin, Chair of the FWAG Association, said: “This longstanding national award, now in its 37th year, celebrates the environmental achievements of farmers. It is considered to be the zenith of achievement in the conservation and farming sphere, showcasing the range of nature conservation work being undertaken on farms.”

The 2014 FWAG Silver Lapwing Award was presented by His Grace The Duke of Westminster KG OBE TD DL at a ceremony hosted by Sir Nicholas Bacon Bt OBE DL on his Raveningham Estate in Norfolk, an estate known for its own outstanding conservation work. It was sponsored by Waitrose, co-hosted by Norfolk’s local FWAG Group Farm Conservation Limited and the Norfolk Game & Wildlife Conservancy Trust.